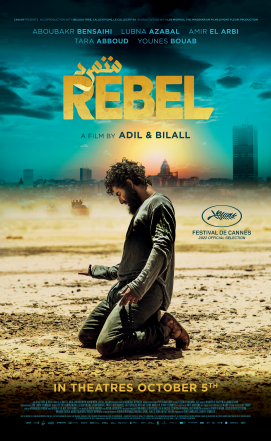 Short synopsis : Filmmakers Adil & Bilall (BAD BOYS FOR LIFE) will direct REBEL, an immensely powerful and nuanced portrayal of a family torn apart over a little Muslim boy’s future in the tradition of Incendies and A PROPHET.

Long synopsis : When Kamal resolves to change his life for the better, he leaves Belgium to help war victims in Syria. But, having arrived, he is forced to join a militia and is left stranded in Raqqa. Back home, his younger brother Nassim quickly becomes easy prey for radical recruiters, who promise to reunite him with his brother. Their mother, Leila, fights to protect the only thing she has left: her youngest son.