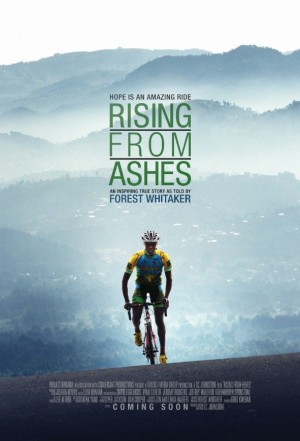 Short synopsis : Cycling legend Jock Boyer moves to Rwanda to help the first National Cycling Team in their struggle against impossible odds to compete in the Olympic Games.

Long synopsis : Two worlds collide when cycling legend Jock Boyer moves to Rwanda to help the first Rwandan National Cycling Team in their six year journey to compete in the Olympic Games in London. Setting out against impossible odds both Jock and the team find new purpose as they rise from the ashes of their past.   Executive produced and narrated by Forest Whitaker, this stunningly shot film follows Jock (the first American to compete in the Tour de France) and his Rwandan riders as they slowly but steadily learn what it means to be a professional cyclist - how to train, how to compete, how to live the life of a top level athlete. As they get better and better, the riders of Team Rwanda give their countrymen a vision of something greater than themselves and their history: hope for a future.