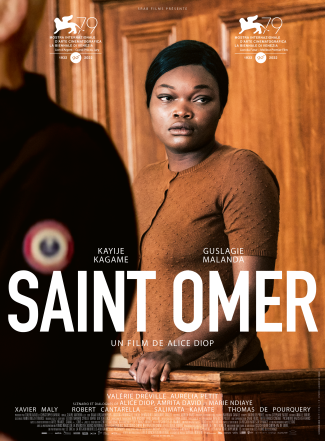 Short synopsis : In SAINT OMER, Alice Diop confronts the unimaginable, placing us as close as possible to the accused in order to examine the mystery of her actions with great sensitivity and intelligence.

Long synopsis : Saint-Omer court of law. Young novelist Rama attends the trial of Laurence Coly, a young woman accused of killing her 15-month-old daughter by abandoning her to the rising tide on a beach in northern France. But as the trial continues, the words of the accused and witness testimonies will shake Rama’s convictions and call into question our own judgement.