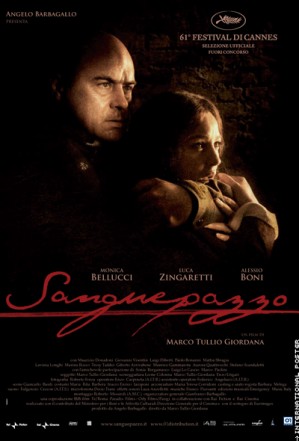 Short synopsis : At dawn on April 30, 1945, five days after Liberation, two bodies are found in the outskirts of Milan. Movie stars and lovers Osvaldo Valenti and Luisa Ferida - executed by partisans. But who were Valenti and Ferida really? A powerful and controversial saga of corruption and desire run wild beneath the dark shadow of fascism.

Long synopsis : At dawn on April 30, 1945, five days after Liberation, two blood-soaked corpses were found in the outskirts of Milan. Osvaldo Valenti and Luisa Ferida - executed by partisans. But who were Osvaldo Valenti and Luisa Ferida? Idolized by the public, a famous couple on and off screen, Valenti and Ferida were stars of the Fascist-endorsed “white telephone” cinema. Comfortable in the roles of the charming male rogue and the soulless lost woman, they had scandalized petit-bourgeois Italy. Drug addicts, their private lives were no less controversial. Following the 1943 Armistice, they joined the doomed Social Republic; during the civil war, dedicated themselves to the black market and joined a band of torturers responsible for terrible atrocities. Degenerate, perverted, insatiable, both were driven by an uncontrollable lust for sensation and their all-consuming cocaine habits. At least this was the rumor. Even the partisan leadership had doubts about their guilt. Valenti swore he’d joined the Social Republic in order to mediate with the occupying Germans. He claimed that the crimes attributed to him were inventions, the fruits of envy. But an exemplary punishment was required. Shamelessly, Valenti and Ferida had supported the Fascist regime, collaborated with the Germans, fought the partisans, and made a killing on the black market. They had to pay. A powerful and controversial saga of corruption and desire run wild enacted beneath the dark shadow of fascism. From the acclaimed director of THE BEST OF YOUTH.