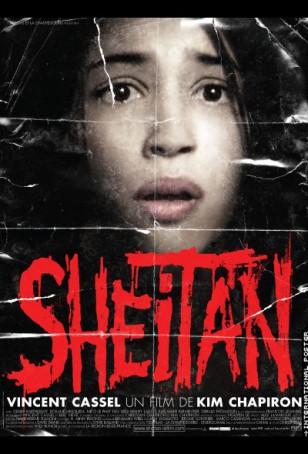 Long synopsis : Christmas Eve. In a Paris nightclub, Bart, Ladj and Thai meet two gorgeous girls, Eve and Yasmin. Drunk and out of control, Bart provokes a ruck. Pissed off, the barman smashes a bottle over his skull and kicks him out into the street. All three guys lust blatantly after Eve, who invites them and Yasmin to spend the weekend at her parents' place in the country. They arrive at dawn, and are met by Joseph and Marie, the caretakers. Marie, hostile and heavily pregnant, is busy making a doll for Christmas. Without paying her too much attention, the gang visits a nearby hot spring, where Bart picks a fight with a group of local kids. A violent confrontation ensues. One of the bumpkins tears a clump of hair from Bart's head, before Joseph intervenes. Clearly afraid of the sinister caretaker, the locals depart, cursing as they go. Back at the house, our heroes eat a Christmas dinner of roasted goat. As night falls, their drunken discussion turns to sex, to evil, to the Devil. Joseph, increasingly unsettling, tells the horrible story of a peasant possessed by Satan and forced to impregnate his own sister. Their cursed child was born on Christmas Day. Our lads are too busy chatting up the girls to notice the diabolical trap closing slowly around them, while Marie finishes her strange doll with scraps of Bart's clothing and the tuft of his hair. Then all Hell breaks loose... Combining anarchic knockabout comedy with nerve-shredding suspense, jet-black humour and gut-wrenching bloody horror, SHEITAN is the first feature from Kim Chapiron, a member of Kourtrajmé, a loose collective of vibrant, cutting-edge young French film makers championed by Vincent Cassel, who produces and stars as the demonic Joseph