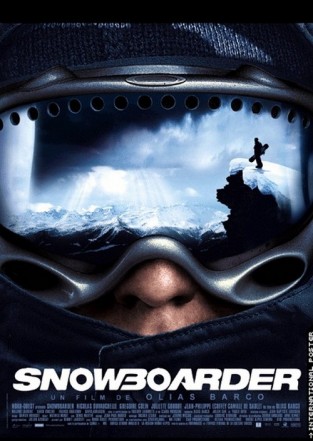 Long synopsis : Gaspard has a passion: snowboarding. And a dream: to turn pro. And a hero: Josh Atterssen, a charismatic champion snowboarder worshipped by the fans. Hungry for sensation, always seeking to transcend his own limits, Gaspard is the protegee of Beshop, one-time pioneer of the slopes. He works in Beshop’s ski shop in Alpe d’Huez but is consumed by the desire to follow in his idol’s footsteps. Josh spots him during a training session and invites Gaspard to join him in Gstaad, in Switzerland: he is looking for a young hopeful to complete his team. At last Gaspard’s dream is coming true… unless Josh - bitter and supremely manipulative - wants only to use him in his revenge against the snowboarding world… Against Beshop’s advice, Gaspard travels to Gstaad and his new life begins. With a single aim: to be ready to carry off the main prize at Air and Style, the world’s premier snowboarding championship which each year gathers together the best riders on the planet. From now on, Gaspard’s time is divided between intense, brutal training sessions and endless nights of luxury and indulgence, where nothing is forbidden. But everything gets complicated when he falls for Ethel, Josh’s girlfriend… A gripping and exhilirating depiction of youth, ambition, initiation and revenge, set in the violently competetive, no-holds-barred world of international snowboarding, Olias Barco’s debut feature is an adrenalin-soaked, hard-edged rites-of-passage drama, featuring powerful performances from Nicolas Duvauchelle, Grégoire Colin and Jean-Philippe Écoffey.