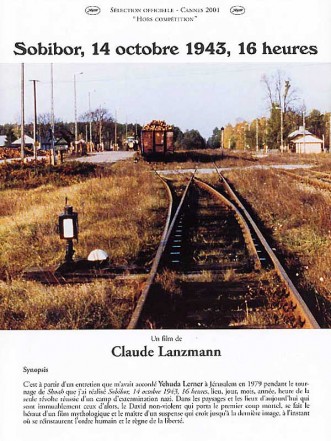 Long synopsis : C. Lanzmann: Had Mr. Lerner ever killed before? Y. Lerner: No, no, I had never even killed a fly. ''Using an interview granted to me by Yehuda Lerner in Jerusalem in 1979 during the filming of ''Shoah'', I have made ''Sobibor, October 14, 1943, 16:00''. The place, month, day, year and hour of the only successful uprising to take place in a Nazi extermination camp. In today's landscapes, and settings that are immutably those of the past, the non-violent David who dealt the first fatal axe-blow becomes the herald of a mythological film, and the master of a suspense that heightens until the final image, when human order and the reign of freedom re-establish their rights. Claude Lanzmann is the director of ''Shoah''. ''Sobibor, October 14, 1943, 16:00'' is his fifth film.