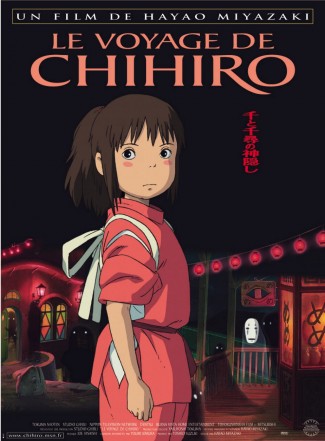 Long synopsis : Chihiro is a capricious, headstrong 10-year-old girl, who believes the entire universe should submit to her every whim. When her parents, Akio and Yugo, tell her they have to move house, she is furious and makes no attempt to hide her anger. As they depart, she clings to the memory of her friends as much as to a bunch of flowers, the last trace of her old life. Arriving at the end of a mysterious cul-de-sac, the family is confronted by an immense red building in which an endless tunnel gapes like a gigantic mouth. Reluctantly, Chihiro follows her parents in. The tunnel leads to a ghostly town, where a sumptuous banquet is waiting. Akio and Yugo fall upon the delicious food ravenously, but are transformed into pigs as their daughter looks on.