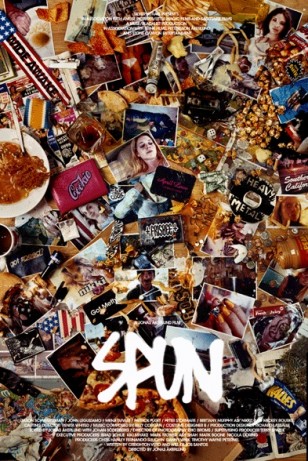 Long synopsis : There’s an epidemic running rampant in America. Methedrine. Methamphetamine. Meth. Ice. Speed. Millions of people, from the golden boys of Wall Street to countless working-class stiffs, to your teenage neighbours, abusing it in astronomical amounts. Meth is the USA’s number one drug of choice, and it’s a killer - of individuals, of families, of entire communities. Manufactured in make-shift labs in the backyards of a thousand neighbourhoods coast to coast. Snorted, smoked, eaten or injected for that unique euphoric sensation of limitless power. ''Spun'' is relentless and unapologetic, twisted and dark. A cranked up, 150 mph no-safety-belt trip into the raging heart of Amerika. Ross, an unemployable twenty-something college dropout, hangs out at dealer Spider Mike’s house, where he meets Meth manufacturer Cook, and his stripper girlfriend. Through this introduction, Ross falls into the spinning, twirling, brain-bending web of a 3-day run, losing track not only of time, but of morality, of his very being. Can he get them back? Music video wunderkind Jonas Ackerlund’s first feature is a hyperkinetic speedball of drugs, sex and insanity, blasting off where ''Trainspotting'' didn’t dare go. With a blistering score by Billy Corgan (Smashing Pumpkins), ''Spun'' features awesome performances from a red-hot cast including Mena Suvari, John Leguizamo, Peter Stormare, Jason Schwartzman, Brittany Murphy, Patrick Fugit and maverick legends Mickey Rourke and Debbie Harry.