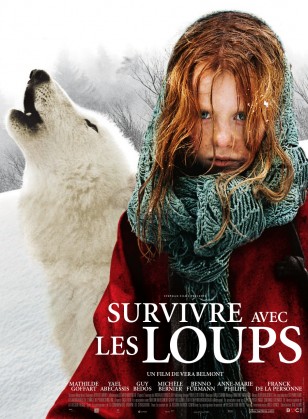 Long synopsis : This film is based on a true story. The year is 1942. Brussels, Belgium. Misha is 7, maybe 8. Her life has been one of hiding and secrecy: constantly uprooted, moved from school to school as her family tried to keep one step ahead of the ever more threatening Nazi persecution. School, home, the streets - nowhere is safe. When Misha's parents are arrested, she is taken in by a family that sets about exploiting her for the money she can make them. Only Jean shows her any affection. He introduces the child to nature, shows her how to behave around animals. And teaches her never to trust adults. But Misha's can think only of finding her parents. Jean explains that those arrested are sent to the East. When Misha asks him what 'East' is, he presents her with a compass. Learning that her foster family plan to turn her in to the Nazis, Misha decides to run - to follow the compass to the East. To find her parents. And so she sets out on her desperate journey. Alone, traumatized, terribly vulnerable. Her salvation arrives in the form of a family of wolves, who adopt her. A unique and powerful love gradually develops between the girl and her animal protectors. Misha has many encounters - some tragic, some funny - all intensely moving. The she-wolf, which she names Mama Rita, and the male, Papa Ita, will help the girl to survive and give her the strength to continue her quest. Going from village to village, she crosses Germany and Poland, stealing food and clothing where she can - the raw basics she needs to survive. Misha reaches the Ukraine. Alone again, andexhausted. Her determination to find her family has never wavered. But she will never see them again. Misha is one of thousands of orphans whose parents have been murdered by the Nazis.