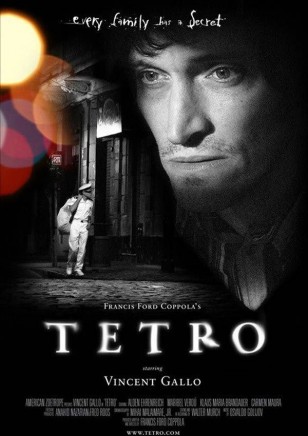 Short synopsis : A young man arrives in Buenos Aires in search of his brother. As they re-live the haunting experiences of their shared past, a terrible secret is revealed.

Long synopsis : 17-year-old Bennie arrives in Buenos Aires to search for the brother who has been missing for over 10 years. The family immigrated from Italy to Argentina, but with the great musical success of their father, an acclaimed symphonic conductor, later moved to New York. When the naive Bennie finds his older sibling, the melancholy poet 'Tetro,' he is not at all what he expected. While he stays with Tetro and his girlfriend Miranda, the two brothers relive the haunting experiences of their shared past and a terrible secret is revealed.