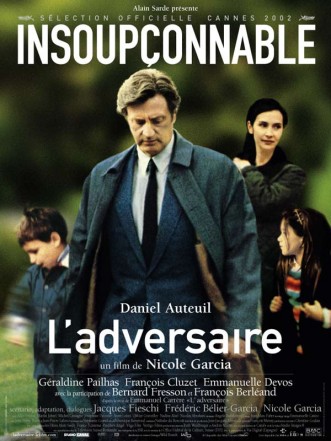 Long synopsis : On January 9, 1993, Jean-Claude Romand murdered his wife, his children and his parents before attempting, unsuccessfully, to kill himself. Investigations revealed that the respectable, well-liked, outwardly unremarkable Romand had never been a doctor, as he had claimed for the past 18 years. Nor had he been anything else. Beginning with a faked exam result as a student, Romand had lied unfailingly, about everything. His entire life was a breathtaking construct of fantasy and deceit, an insane façade which finally collapsed in an explosion of violence and despair when discovery became inevitable and its creator could no longer maintain it.