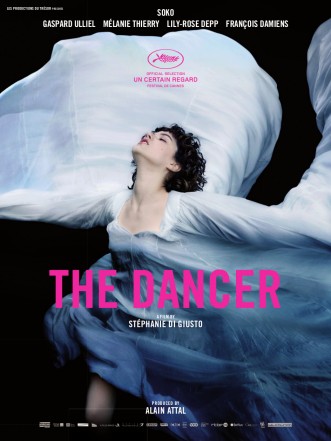 Short synopsis : Nothing in her background destined Loïe Fuller from the American Midwest to become a Belle Epoque icon, even less a dancer at the Paris Opera. Even at the risk of destroying her back and burning her eyes with the stage lights, she will never falter in the quest to perfect her dance. But her meeting with Isadora Duncan — a young prodigy hungry for glory — will lead to her downfall…

Long synopsis : Born in the American Midwest, nothing in her background destined farm girl Loïe Fuller to become the toast of Europe’s Belle Epoque cabarets, even less to dance at the Paris Opera. Hidden behind metres of silk, her arms extended by long wooden rods, Loïe reinvents her body on stage and enthralls her audiences a little more every night with her revolutionary Serpentine dance. Dazzling the capital, she becomes an icon, the blazing symbol of a generation. Eminent admirers fall at her feet: Toulouse-Lautrec, the Lumière Brothers, Rodin. Even if the physical effort risks destroying her back, even if the glare of the stage lights sears her eyes, she will never falter in the quest to perfect her art. But her meeting with Isadora Duncan – a young prodigy hungry for glory – will lead to the downfall of this icon of the early 20th century… The remarkable destiny of a modern woman who revolutionized her era.