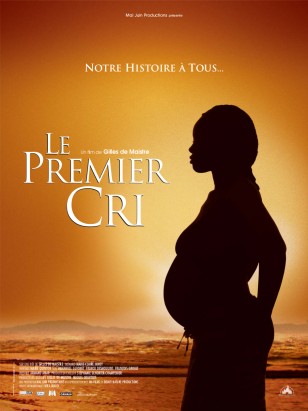 Long synopsis : According to Talmudic legend, when a child is born, it still possesses the ultimate knowledge of its former lives. This is when an angel appears and instructs it to keep this knowledge secret. The angel places its finger on the child’s lips and at this precise moment, the baby forgets everything and enters life. A trace of the angel’s touch remains : the small hollow between our top lip and the bottom of our nose… Only then can the baby give its first cry. This is the overwhelming true story of the very first sound of life, the cry we make when we are born and which seals our arrival in the world. Birth on a planetary scale seen on the big screen. The contrast of different countries, peoples and cultures during the most beautiful and unusual of journeys. Over a 24 hour period all around the world, the destinies of several characters intersect for a unique and universal moment : when a child is brought into the world. With its real-life characters, this film traces the magical instant of the beginnings of life and explores the universe of birth, which is as unique and varied as every one of us. Taking place over five continents, from the last remaining undeveloped regions to the most urbanised locations, the shooting began mid-March and will last for a year.