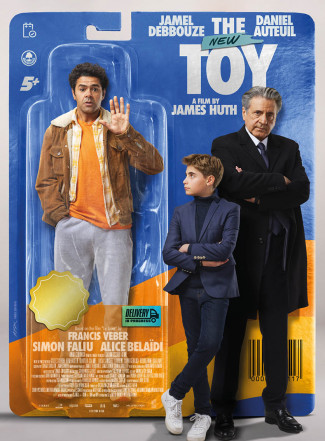 Short synopsis : Adapted from the comedy classic Le Jouet, THE NEW TOY is a hilarious, touching and big-hearted family comedy in which a young boy learns that there are things that no amount money can buy.

Long synopsis : Sami lives happily with his wife, Alice, in a poor urban housing project amongst friends and neighbours. For his son’s birthday, the richest man in France throws open his grand department store, offering the boy whatever he wants. Alexandre chooses Sami, the night watchman, as his new toy…