THE PRICE OF FAME 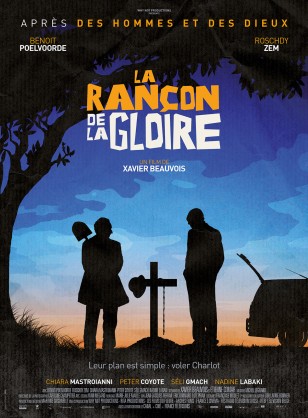 Long synopsis : On the shores of Lake Geneva lies the small Swi ss town of Vevey. It's the end of the 70s. On his release from prison, Eddy - a hard-drinking, 40-year-old Belgian - is met by his friend Osman. They've made a deal: Osman will let Eddy stay in his shed, and in exchange, Eddy will take care of his 7-year-old daughter Samira while her mother is in the hospital. It's the Christmas season, but their shared, grinding poverty has made Eddy quite bitter. Then Charlie Chaplin's death is announced, as well as the true extent of his fabulous wealth. Eddy starts daydreaming... and comes up with a crazy idea: what if he stole the actor' s corpse and demanded a ransom from the family? Loosely based on real events, THE PRICE OF FAME spins a web around the audacious concept of a resuscitated Chaplin, a Chaplin whose soul gradually possesses the minds of these two misfits, until their journey becomes a tale worthy of the Little Tramp himself!