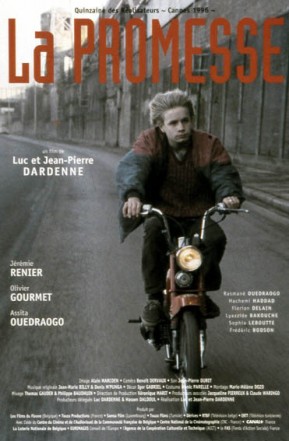 Long synopsis : Belgium today. Teenage Igor helps his father Roger run an illegal immigrant labour ring, while continuing to indulge in childish pastimes. For Igor, taking part in his father’s scams is in the natural order of things - like stealing a purse from the old lady whose car he’s repairing. ‘Innocent’ wrong-doing... He will lose his ‘innocence’ abruptly when, with Roger and on his orders, they leave Hamidou, an African immigrant worker, to die after he falls from some scaffolding. Before he dies, Hamidou begs Igor to look after his wife and son. Igor promises without Roger’s knowledge. This is the beginning of the gradual awakening of moral awareness in Igor, torn between loyalty to his father and loyalty to his promise.