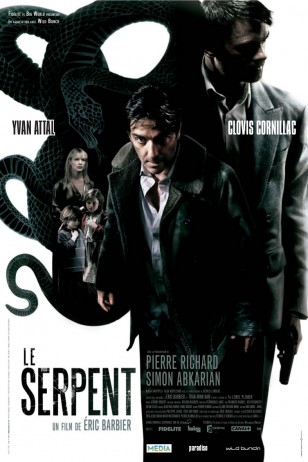 Long synopsis : Vincent Mandel is a photographer, caught up in an ugly divorce and fighting for custody of his children. His already troubled existence is blown apart by the appearance of a ghost from his past: Joseph Plender. Seductive, sympathetic, Plender is nonetheless utterly ruthless, a predator motivated by pure hatred of former classmate Vincent, and hungry for vengeance. Blackmail, kidnap, murder… Vincent is driven into hell and left with only one desperate hope-fighting Plender by his own rules, beating him at his own deadly game. Tense Hitchcockian thriller collides with brutal revenge drama in the vein of CAPE FEAR in director Eric Barbier’s (LE BRASIER) adaptation of classic crime novel PLENDER by Ted Lewis (GET CARTER). THE SNAKE depicts the lethal confrontation of two desperate men, evoking the savage, jet-black atmosphere of the classic French noirs of the 60s.