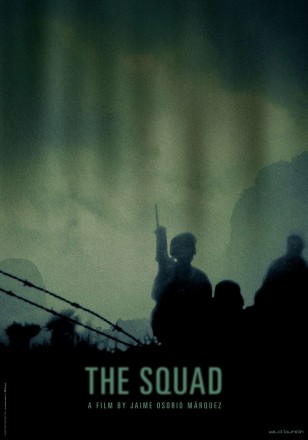 Short synopsis : A military squad faces violent annihilation when they investigate a sinister abandoned base in the desolate wastelands of Colombia.

Long synopsis : A special high mountain command composed of nine experienced soldiers is sent to a military base in a desolate high-plains moor of Colombia with wich contact was lost several days ago and was believed to be the target of a guerrilla attack. Upon arrival, the only person found inside the base is a peasant woman who is heavily chained. Gradually, the isolation, the inability to communicate with the outside world and the impossibility to escape, undermine the integrity and sanity of the soldiers, causing them to lose the certainties about the identity of the enemy and creating them doubts about the true nature of that strange and silent woman. Prisoners of fear, paranoia and a dark secret that they carry, they will challenge each other becoming animals willing to kill one another in order to survive.