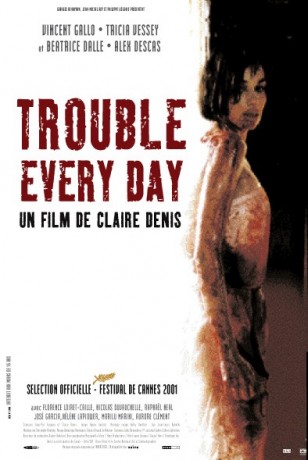 Long synopsis : ''I love you so much I could eat you...'' Shane and June are American newlyweds in Paris, but this is no ordinary honeymoon. Shane is a man possessed, desperately searching for his old colleague, Dr. Leo Semeneau, with whom he worked on dangerous experiments into the human libido. He and Semeneau bear the terrible living scars of their researches, and Shane is tormented by a ravening hunger that will not be quieted. As Shane searches for Leo, the doctor pursues Core, his wife, who has fled the prison of her bedroom. Shane finds her first, crouched over the corpse of a young neighbour, splattered with blood. He helps to put her out of her misery. Bewildered, June struggles to understand her husband?s disturbingly erratic behaviour from a handful of clues. Nothing makes sense. And before she knows it, their bags are packed and they're heading for home. Leaving behind them a chambermaid in a silent hotel room, her lifeless body ravaged and bitten...