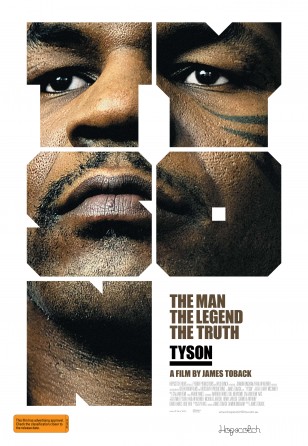 Long synopsis : In TYSON, the former champion looks at his own life in and out of the ring with a candor and eloquence that is by turns shocking, funny, hair-raising and never less than brutally honest. In other words, Tyson explores… Tyson. James Toback’s film portrait ranges from Tyson’s earliest memories of growing up on the meanest streets of Brooklyn through his entry into the world of boxing under the stewardship of his beloved trainer Cus D’Amato, his rollercoaster ride through the funhouse of worldwide fame, his fortunes won and lost. TYSON offers much more than a documentary about a former heavyweight champ. Through a deft mixture of original interviews and archival footage and photographs, a complex, fully-rounded human being emerges - a legendary and uniquely controversial international athletic icon… a figure conjuring radical questions of race and class… a man who arose from the most debased circumstances and soared to seemingly unlimited heights, followed by destruction generated by hubris, like a character out of classical tragedy.