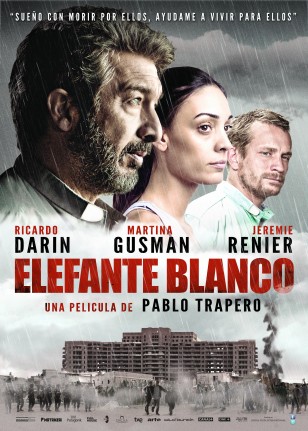 Short synopsis : In a poverty-stricken and highly dangerous Buenos Aires slum, two men - both friends, both priests, both deeply respected by the local community for their tireless endeavours on behalf of the poor and the dispossessed - take very different paths in their struggle against violence, corruption and injustice.

Long synopsis : The “Villa Virgin”, a shantytown in the slums of Buenos Aires. Julian and Nicolas, two priests and long-standing friends, work tirelessly to help the local people. Julian uses his political connections to oversee the construction of a hospital. Nicolas joins him following the failure of a project he was leading in the jungle, after paramilitary forces assassinated members of the community. Deeply troubled, he finds a little comfort with Luciana, a young, attractive, atheist social worker. As Nicolas’ faith weakens, tension and violence between the slum’s drug-dealing cartels grow. And when work on the hospital is halted by ministerial decree, the fuse is lit...