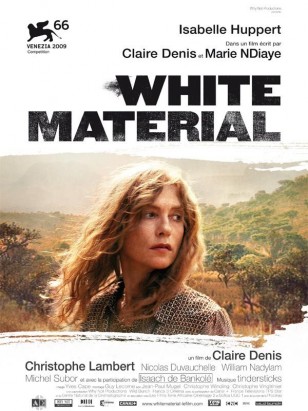 Long synopsis : “No more smirking. We're stopping the bullshit right now and staying put.” The regular army is preparing to reestablish order in the country. To clean up. To eliminate the rebel officer also known as The Boxer and rid the countryside of roving child soldiers. All the expatriates have gone home, getting out before things turn nasty. Of the Vials - coffee planters who have lived here for two generations - Maria stands firm. She’s not about to give in to rumors or abandon her harvest at the first sound of gunfire. Just like her father-in-law and her ex-husband who is also the father of her son (a little too much of a slacker in her opinion) she is convinced that Cherif, mayor of the neighboring town, will protect them. If she asks him, he will save the plantation. He has a personal guard, a private militia of tough guys, heavily armed and well trained.