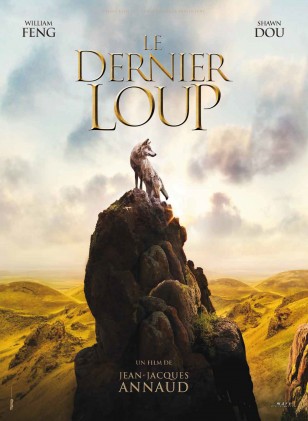 Short synopsis : A young man discovers the mystical bond between herdsman and wolf amidst the beautiful wilderness of Inner Mongolia in Jean-Jacques Annaud's spectacular return.

Long synopsis : 1967. Chen Zhen, a young student from Beijing, is sent to Inner Mongolia to teach a nomadic tribe of shepherds. But it is Chen who has much to learn - about existence in this endless, harsh and breathtakingly beautiful wilderness, about community, freedom and responsibility, and about the most feared and revered creature of the steppes - the wolf. Seduced by the complex and near-mystical bond between these sacred creatures and the herdsmen, fascinated by their cunning, their strength, their ferocious beauty, he captures a cub and tries to tame it. But the growing relationship between man and animal – as well as the tribe's ancient way of life, and the land itself - is threatened when a central government officer decides to eliminate all wolves from the region, whatever the cost. Jean-Jacques Annaud, internationally acclaimed director of SEVEN YEARS IN TIBET, THE BEAR and TWO BROTHERS, returns with WOLF TOTEM, his latest spectacular adventure into the heart of the natural world, based on the bestselling book by Jiang Rong.